All SW1X products are graded according to the SW1X Audio Design™ Performance Level System. Within the performance level system, most products are offered in 3 similar but at the same time distinct versions: Standard, Special and Signature. The rationale behind is that there is a further room for musical performance, which can be graded within each performance level. So, a version represents a grade within a performance level. Any given version reflects quality, availability and degree of harmonic matching of Components & Materials (within given performance level) a product is made of. Standard or STD is the basic version, Special is the specially selected & customised and the Signature is the most refined version.

For example, DAC II is a performance level 2 product i.e. has more sophisticated power supply & circuit design relative to DAC I. While the Standard version of DAC II comes with mostly available, excellent quality and easier to integrate Components & Materials, the Signature version of DAC II is made of finest, specially selected and most exotic materials such as fine silver wires, Black Gate capacitors, Germanium transistors and Tantalum resistors which are implemented in such way that the products sounds at its maximum potential. The Special version is usually graded somewhere in between Standard and Signature: it is based on a circuit design of the Standard version (with improved power supply), has specially selected materials similar to Signature versions but does not utilise the most exotic materials & components that are only available in limited quantities such as Black Gate capacitors (reserved for Signature version). On top of that the Special version entails sonic customisation options such as choice of I/U stage materials and output capacitor choice. 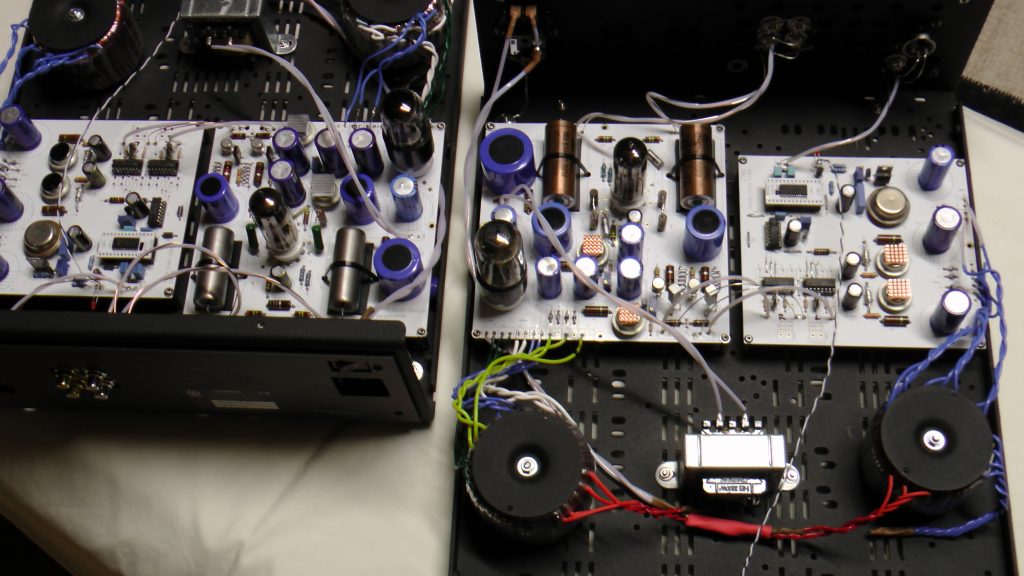 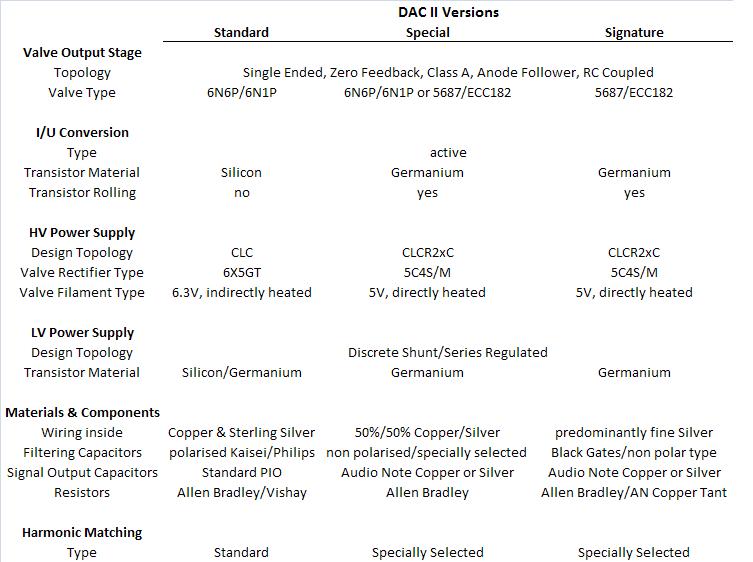 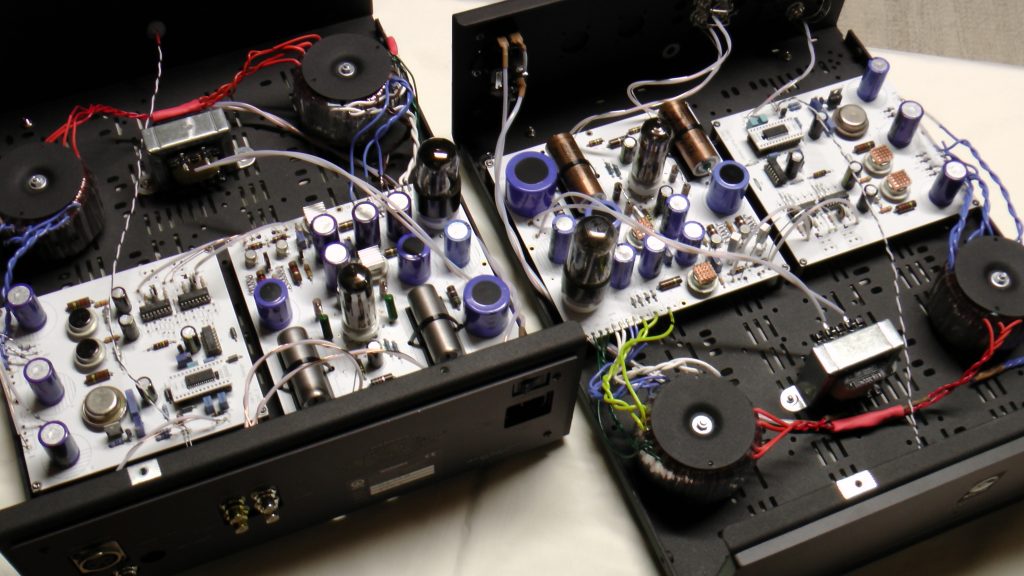 As one can see from the table above, the DAC II Special version employs a more powerful 5C4S/M directly heated valve rectifier (5V heaters like 5C3S/5U4G rectifier valves) vs 6.3V indirectly heated 6X5GT on STD. Directly heated valve rectifier such as 5C4S/M have a much deeper and wider presentation than the indirectly heated valves but also require more powerful transformers to supply the required filament current. Special version uses the best of specially selected & exotic (mostly out of production) but still available components such as fine silver/copper (50/50%) wiring (STD uses less silver), Germanium transistors (STD has Silicon), 2W Allen Bradley resistors (1W on STD), Non polar capacitors (STD has mostly polarized caps) and Audio Note Copper foil in oil output caps (STD has old production military PIO caps). All of those materials & components were voiced (individually & combined), harmonically matched (and installed according in the direction which produced more harmonic match in tonality). The transistors (Special version uses more exotic & softer sounding Germanium) in the I/U stage of DAC II are rollable and provide further possibility in customisation of sound (STD does not have the option of transistor rolling). All Special versions are voiced and set up in such a way that the sound resembles the sound of Black Gate capacitors of Signature version. We have spent uncountable hours to find a combination of capacitors (some out of production Elna/Philips caps do that) that offer the fullness in the bass and darkness in the background that Black Gate caps are famous for.

In the end it is all about sound. In this department the STD version sounds wonderful, while the Special version has the holographic magic of the DAC II Signature. 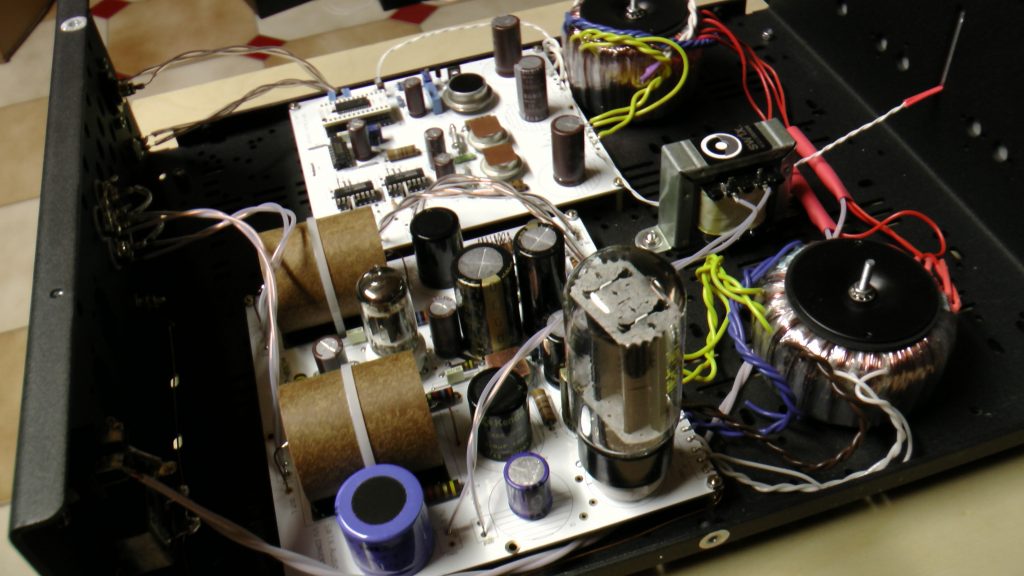