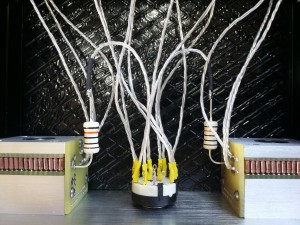 The ladder attenuator has seen many resistors in the past years. Originally, there were Caddock (very bright and noisy sounding) resistors, which were replaced by Kiwame (lush but rather one dimensional sounding), Allen Bradley (open but a bit noisy) and eventually by AN 2W magnetic tantalums (least compromised of the former). The next candidate was the AN 2W non magnetic copper tantalums.

In sum,  the effect of having the silver tantalum resistors is similar to removing a couple of layers thick blankets from your speakers and having released a dynamics handbrake from music. The clarity and dynamics remain even at lower volume levels, so that music doe not loose its emotional appeal anymore. That is the other interesting aspect to the sound – now we can enjoy listening to music at significantly lower volume levels relative to before.  The AN silver tantalum resistors are not just our reference- they are the closest alternative of having no resistor- ultimate resistor bar none. So, do yourself a favor and try those by replacing your series resistors with AN Silver tantalums and you will be rewarded with a dramatic improvement in clarity, transparency and low level musical information you have never heard before or even thought it ever existed in your recording. The results is very similar to having your output transformers replaced with Permalloy cores and silver wingdings. The only shortcoming is that the resistors need to be carefully matched to the rest of the system, otherwise one may end up with thinner body of sound. So, please use these with caution and sparingly in selected places. 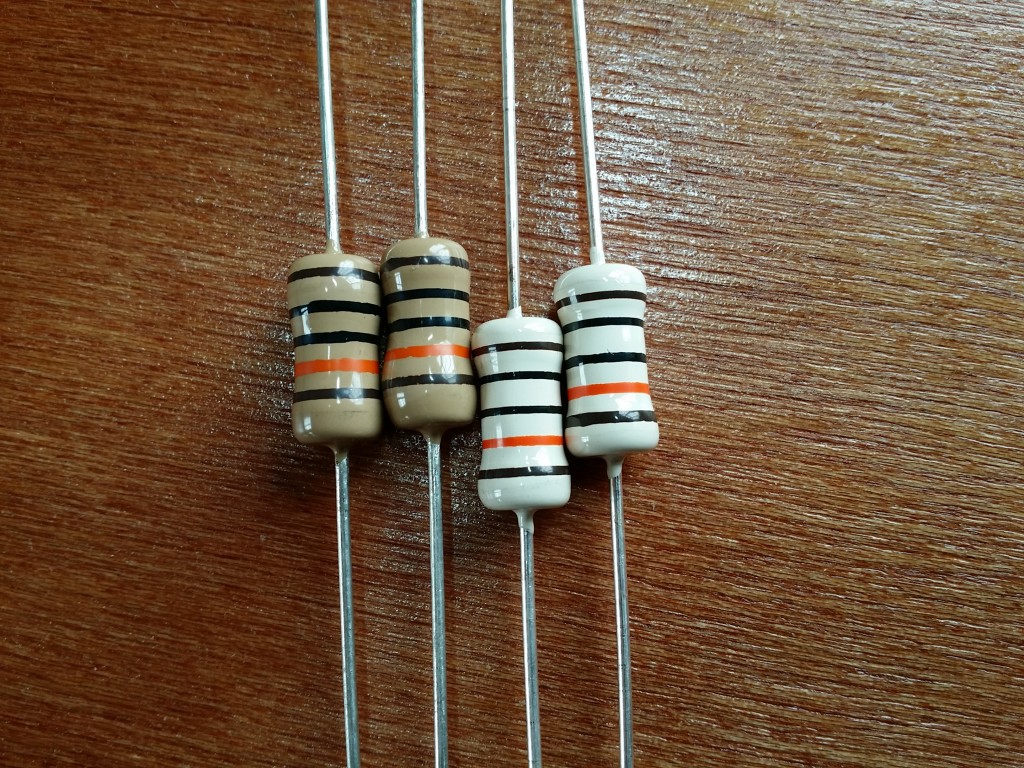 i built 2 identical Kondo M7 preamp clones using 2W tantalum in one and TDK 2W in the other. Wired are solid silver 1mm silver plated RCA connectors, copper capacitors. i think the tantalum resistors are overrated. Dull the sound to the point of boredom.

There are no perfect components- some components may excel in some areas but cannot be best in everything relative to others. Not sure whether the dull sound is being caused by the tantalum film resistors. I admit that the 2W tantalum resistors are not the most musical sounding relative e.g AB resistors but they are the quietest sounding (AB are quite noisy in comparison) and certainly not dull on its own. Perhaps something else is causing the dullness?

What is the sound difference between 0.5w 1w and 2w version? I plan to modify my TKD 2p65c 50k with Vishay s104. This Audio Note is very interesting.

Sonic balance differs quite a bit. 2W is the most balanced. 1W and 0.5W sound significantly thinner. S104 is the brightest & thinnest in sound out of all of them.

Thank you for the reply. I have one more question. How does the Audio NoteSilver Tantalum compare to the new Audio Note Niobium?

Copper Tantalum is far less musical sounding than Nyobium. Silver Tantalum is better in this regard but has other defficiencies. Why would not you try them and find out yourself?

What is your experience with burn in of the niobiums?
I have installed 8 pieces in my preamp and now 100 hours on the clock. Took it 300 hours like the Tantalums?

There many factors that influence the resulting sound. Generally, the longer the component or materials is under load the better. Sometimes it takes longer and sometimes less. How do you know that 100h or 300h is enough?

This is my experience with Audio Note non magnetic tantalum. They need minimum 300 hours for break in.But the niobium is a new milestone in resistor sound, much better than anything I used

In your system 300h may be about right. Yes, Niobium are much better than the Tantalums particularly in terms of musicality. Tantalums do tend to sound boring in comparison.

What is the default of silver tantalum vs
néobium. What i have to choose if the cardboard circuit is made with copper?

one can only speak from one self perspective. It is a trial and error approach. please try, see for yourself and report your findings

can mills mra-12 thought to be in competition with AN tantalum?

depends where you going to apply these resistors. by no means is AN Tant a perfect resistor. in terms of musicality it can sound quite dull and anaemic, lacking expression