a couple of words on the issue of Digital Transports

Let us be clear about one thing in high performance audio: There are no unimportant or negligible aspects- everything matters when it comes to maximum sound quality! Maximising the sound quality of an audio system is a cumulative process. The improvement in one part of a system may seem to be negligible but as a sum of all parts, it becomes more than significant. That philosophy also applies to computer and music servers, even if they are galvanically isolated from the USB converters and DACs. There is a reason as why computer based audio sounds less appealing than some high performance CD transports and integrated CD players. The main reason behind that is usually maximum compatibility (that comes with additional hardware and software complexity) comes at cost of maximum performance.  In order to maximize the quality of sound, reducing software and hardware to a necessary minimum is paramount. In a way, approaching the simplicity of a CD transport/player is desirable. For a number of reasons, the quality of power supplies and interconnections for the computers and music servers is a very neglected aspect. Once those quality issues are addressed, the music servers cannot sound inferior in any way to anything.

When it comes to differences in sound between USB/SPDIF converters, it is sometimes hard to describe them but it does not mean that there are any. The major difference between SW1X Audio Design™ USB 1 and other better designed USB converters is that SW1X USB 1 reproduces music with a more natural, organic and analogue character.  That may sound as a small difference but makes a huge difference that distinguishes music from a collection of homogeneous sounds. Without that analogue character, digital recordings sound rather mechanical just like a collection of sounds produced by robots and not by humans. Apart from a modern DAC design, a digital transport (e.g. USB/SPDIF plus computer)  is the main reason why people are giving up on the digital source and going into analogue. The digital source is not meant to sound “digital”. There is number of reasons why most digital transports fail to deliver. Some of them are stated here. Without a properly designed USB interface and a music server (another important issue), our DACs will not be as analogue sounding as they could be. On aspects of musicality, we are confident that after you experienced the SW1X USB 1 interface, you will never want to go back or be looking for a new one.

The other aspect that receives sometimes a lot of attention is the master clock – the heart of the “digital”. Those who are concerned with the issues of a master clock are on the right path but fail to address the right questions. Would you believe us if we told you that accuracy of a master clock is a negligible aspect? All those quartz stability indicators e.g. deviations in nano,  pico and femto seconds do not really matter because all these indicators of stability of a quartz oscillator are only theoretical arithmetic mean values. In practice, quartz stability accuracy values are not achievable and useless as the power supply of a master clock is infinitely larger in noise. That noise from power supply will have a profound effect on the quality of the sine wave generated by a quartz. What matters more is the quality and the output impedance of such a wave rather its deviation from consistency (even the lest accurate clocks are very stable). Everything matters when it comes to master clock because it is the heart of digital. Failure of addressing the aspects I mentioned above in a master clock design is the main reason as why most people are giving up on digital.

Regarding connectivity to a DAC, the I2S interface option is a good one but probably not the best for a number of reasons: a) SPDIF can be as at least as good (if not better) as I2S if the output stage of SPDIF is designed properly. The main reason as why SPDIF fails to deliver is the impedance mismatch, which the vast majority of mainstream designs fail to address.

The point here is that one would need a specially designed transport and DAC combo in order to have a synergy that will make the “digital recording sound analogue like. 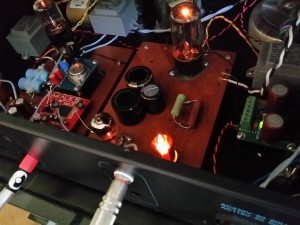 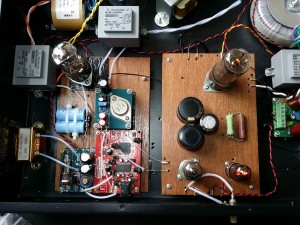 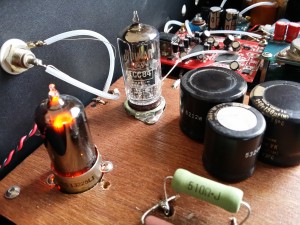 This looks like first rate quality but I still cannot understand why a super accurate clock with its own accurate power supply cannot improve the jitter which we all know degrades the quality of an analogue sound. Especially as virtually all of the cutting edge competition rely heavily on this technology.

Dear Gary, I am afraid but accuracy is just a starting point. Having an accurate clock is not enough to make digital source to sound like analogue. It is a matter of trial and error to find out what works and what does not.
We have looked deeply into the issue of clock sound. Any material of inferior quality or an over-complexity of a circuit is detrimental to the sound as every component in a master clock is audible.